Greninja was the sixth newcomer announed for the upcoming Super Smash Bros. for 3DS and Wii U. He is a Pokemon from the games Pokemon X and Y, and is the final evolution of the Water starter Pokemon, Froakie.

Greninja is Pokemon #658 and known as the "Ninja Pokemon" He's a bad NINJA FROG and is from Pokemon X and Y. NINJA FROG. And he attacks with ninja swords and shuriken made out of WATER, how bad@$$ is that.

Greninja received mixed feedback upon reveal. One half of the fanbase said "OMG GRENINJA SU GUUUUUD". The part of the fanbase with the biggest reaction was from Mewtwo fans. After Greninja's reveal, which apparently "hinted at Mewtwo" they think Greninja took Mewtwo's spot on the roster, which is false. But that's what GameFAQS is about, amirite?

The concept art that made Sakurai choose Greninja for Smash. 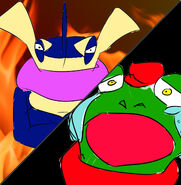 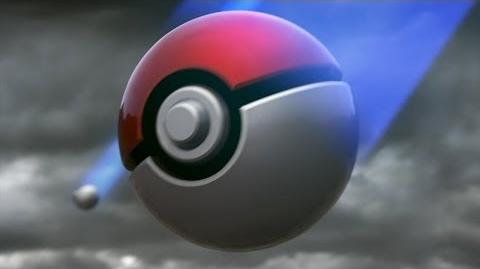 Super Smash Bros. for 3DS Wii U Challenger From the Shadows
Its reveal trailer. 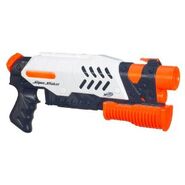 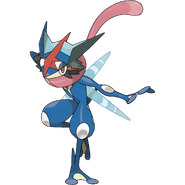