Wolf (Full name Wolf O'Donnell) is the recurring antagonist/anti-hero thingamabob from the series Star Fox. He doesn't let Star Fox do things. That isn't allowed. He runs a rival group of Winnie the Pooh rejects called Star Wolf. Yes that is Star Fox but with Wolf leading instead. He's not very creative.

Wolf first appeared in the Smash Bros. series in Melee, where he was shown dogfighting Fox in the intro. He wasn't playable. Please understand.

Then he became playable in Super Smash Bros Brawl and people were butthurt because he wasn't Ridley, Krystal or Geno. Even worse for Wolf, although all his A attacks were unique, Sakurai got lazy with his specials and gave him a Landmaster. Cue the cries of "Wolf is a clone!" from the filthy uneducated casuals. Whenever a "Wolf is (not) a clone" topic gets created, many users take out their own Landmasters and drive onwards into another fiery Wolf clone debate.

Of course, anyone with a brain would come to their senses and realize that only one-and-a-half shared specials and a Final Smash out of the other 20+ attacks a character has doesn't make you a clone but nevertheless the Wolf defenders just cannot seem to win.

Then he was cut in SSB4 and became a damn trophy and palette swap for his nemesis. NOW people are sad he's cut. At least the Wolf clone debates will finally end.....until someone creates a new "Wolf is (not) a clone" topic.

On April 1, 2015, Lucas was announced as a DLC character. With this news, Wolf's chances are looking up, especially since he's from a series that has a new game in development.

In early June, Roy was announced as a DLC character, making Wolf a certainty since they surely wouldn't bring back two clonier characters, right?

Star Fox Zero has officially been pushed back to 2016. They're obviously holding Wolf until then.

In December, Bayonetta was confirmed to be the final DLC character. Oh wait, sorry, newcomer. Wolf's still a possibility for sure! I mean, he's back in Ultimate! 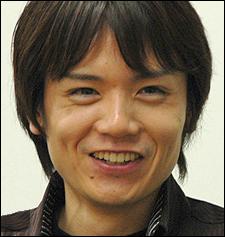 Because Dark Pit is the edgy one around this time. And Sakurai doesn't want his baby to have any opponents in the edginess competition.

Add yourself or others to this list if you mained Wolf.

Retrieved from "https://gfaqssb.fandom.com/wiki/Wolf?oldid=82993"
Community content is available under CC-BY-SA unless otherwise noted.